Go Fish! A Comprehensive Guide of the Game

Games are the only source of entertainment, whatever be the media you are playing them on. Outdoor games are always better in terms of the activity that you are doing and are obviously much more … 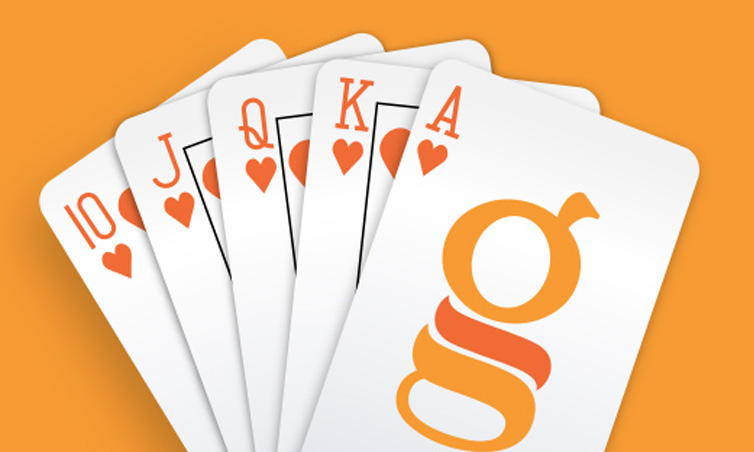 Games are the only source of entertainment, whatever be the media you are playing them on. Outdoor games are always better in terms of the activity that you are doing and are obviously much more beneficial for your health and your mind. However, indoor games delight us as much as their outdoor counterparts. Moreover, with the birth of computer games, there is no stopping them. Among a plethora of games enjoyed indoors, none can beat the card games in terms of enthusiasm and enjoyment. You can quite relate to it if you are playing yourself, and if you are not, then you should experience one before judging.

There are a whole lot of card games, and most of them exist since ancient times. Go Fish is one such card game played manually or online. Thus, if you are completely alien to it, this is one of the card games which you must try once.

What’s in the Game?

Go Fish, also called Fish, is a card game that can be played by up to 5 players. There should be two players, at least in order to start the game. Moreover, one can play it with any deck of cards in contrary to many other card games like 29. Though you can also find specific cards for this game, you need not always buy them to start with it. Besides, you can also play Go Fish with fewer cards and fewer numbers.

Read More: How To Get A Adidas Sponsorship

However, we often find that there are several people interested in playing Go Fish or might enjoy playing the game, but unfortunately, they don’t know the Go Fish rules for dummies. So, here we are to illustrate to you “how to play Go Fish?”

Go Fish can involve anywhere between 2-6 heads for playing. Here, each player has distributed five cards. Now, if you are playing with one another, then deal seven cards each. If you are wondering about the pile of other cards, then don’t. This is because they will be there face down. The remaining cards will thus build up a pile to draw from.

What are the Rules for Go Fish Regarding who goes First?

While starting Go Fish, you might fret a bit regarding who goes first. In most of the card games, the first player to start the game is of a real significance. It sometimes also determines the fate of the game. However, when it comes to Go Fish, there are an array of ways you can choose from.

If you are enjoying it with children, you may let the youngest child play the first chance, thereby starting the game. Otherwise, you can also flip a coin, roll a die, or select any one of the players on a random basis.

After starting the game note that each turn comprises of 3 principal steps:

Ask for a card from your Opponent

First, you need to select a card from your personal deck and remember the number of it. Next, choose another player and ask for a card from him. For instance: Do you have any 6’s?

Now, he will hand over all the cards of the same number. This process is repeated from now on as soon as you get any cards from any other players.

Note – It is not mandatory to ask the same players for the cards. After you receive the cards from a player, you can choose another player with a different denomination of a card and ask for matches. However, this should correspond to what you are holding.

Do you wonder why the name of the name is Go Fish? Well, it is a term of the name which gives it the name.

Ideally, when you ask your matches, every player should give all the cards of the same denomination to you. However, if they lack any, then they will say “Go Fish!” to you, which will make you draw more cards from the draw pile. Here, if you have got the right card that you were claiming all this while, then you have to show him as an answer. Then, you can continue once again to play your turn according to the Go Fish instructions.

Now, if the card that you were asking for isn’t there in your hands, then your turn will end.

You have to Create Sets of Four

If you have got a set of four cards that consists of the same numbers in each of them, place down the cards at once with their faces up on the table to show the other players.

Win the Game as per the Official Go Fish Rules!

Go Fish is interesting throughout, and you would not have a dint of the understanding of the game if you do not try to get started with it. It is really fascinating how grabbing the game is! Nevertheless, as with every other game, this game must end, and in the end, you will get the winner of it.

Like most other games of cards, Go Fish ends when you empty your hand in full, or your opponent does. The game goes on till everyone empties their hands but one. The last person to empty his hand loses the game.

The game may end in another way. This happens when the draw pile is exhausted. If this is the case then, you need to count all the cards of the players that are playing, and the one with the least number of cards in hand will be declared the winner of the game.

This game also involves money or valuables in many cases, but it is fine if you do not want to involve them and pile up more complexities.

In conclusion, Go Fish is really simple to comprehend and in fact, to conclude the game. After a tiring day or when you are surrounded by your friends, you can make their stay entertaining by shuffling your playing cards and shout out Go Fish!