The game is highly based on team effort. What it means is that the players should put their best foot forward while playing the game and their moves should be well-coordinated and synced with each … 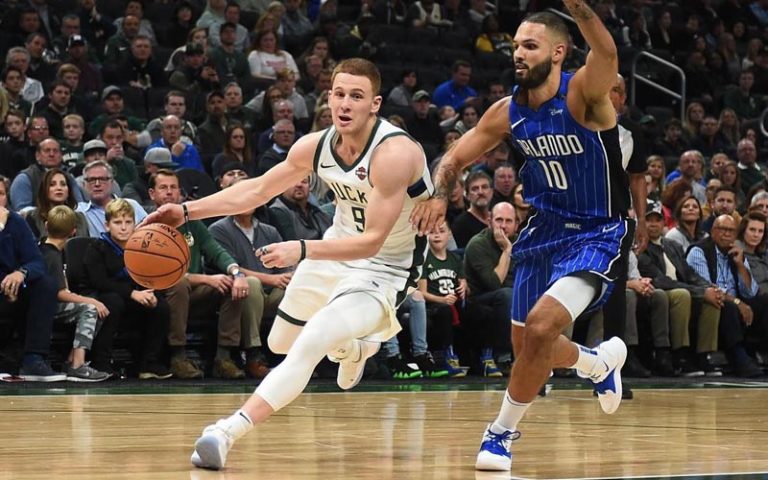 The game is highly based on team effort. What it means is that the players should put their best foot forward while playing the game and their moves should be well-coordinated and synced with each other. The key to winning a basketball game is to master the passing drills basketball. Even then, it’s the most under-rated exercise and coaches don’t emphasize much on it.

Players are dependent only on the tricks and techniques coaches tell them regarding different facets of the game. While the training sessions, the trainer should also focus on what the mindset should be to get better at the passing skills. There is also a myth or you can say assumption among the players that passing is the only technique that should be summoned only when there is no shot. The opponent will find it extremely hard and will have no idea where the ball is going to be if your team has mastered the skill of passing.

Types and variations in passes

There are basically two types of basketball passes but each pass comes with a range of variations.

This passing goes from one player to another without hitting the ground.

In this pass, the ball is thrown at the ground so that it reaches the player if he/she is far away.

The variations can also be categorized into two, basic and advanced variations.

As the name suggests, this pass comes from the chest. To throw this pass, the player holds the ball from the sides, with the thumbs right behind the ball, then turn the hands upward until the thumbs are straight down and both hands face each other. This throw will create a great backspin. The chest pass in basketball is the skill that if you have mastered it, you can easily hold the control of the game.

The technique is the same, the only difference is that it is aimed at the floor. The ball must be thrown in a way that when it reaches the player, it should be only at the height of the waist. It will require a lot of practice and effort to get a hold of this throw.

This throw is made by holding the ball over your head. The coaches suggest that you should not take the ball very back as it increases the chance of someone taking it from behind and also increases the time. The player should aim at the receiver’s chin.

This pass is not that everyone can easily get hold of. It requires loads of practice. When the defense approaches you, you should move your one foot forward by bending a little and let the player know you are going to throw on that side, but throw it the other way behind the defense’s arm.

This Basketball Drills is done single-handedly and used to pass the ball in a very quick manner. Steve Nash is a pro at it and it can be both, air as well as bounce pass.

This is also a one-hand pass and the motion is kind of like the baseball throw. This pass is used to make long-distance passes.

This pass is done to avoid stealing of the ball when the defense is very close. The player carries the ball behind his/her back and then make the immediate throw.

Tips to improve the passing skills: Remove the Turnover

There are certain tips and tricks you need to go through to improve your basketball movement.

You can train yourself with two balls simultaneously. It will require two players and you can practice this way to even improve your accuracy level. You will also be able to improve the speed.

The spacing between the players is also very important while passing. If the distance is not well thought, the throws will never reach the player.

This point is somewhat connected to the spacing. Players should try to lessen the distance as much as possible. It will improve the game and will also reduce the time significantly.

Some Common Mistakes Beginners should Avoid

Be it chest passing or any other, there are some very common mistakes beginners do.

This may happen due to the force applied. Players know their weak and commanding hand and the force must be applied accordingly.

This mistake can only be rectified by loads of practice and nothing else. Players should train themselves to be able to throw more accurately rather than throwing fast.

This happens when the defensive side gets the ball from the player’s hand. This is the reason coaches suggest not to take the ball much behind. The point is discussed above under the head of Overhead Pass.

Some Key Points to Remember

After all the technicalities, here are some very basic things that a basketball player should know.

Not only to win the game but the passing skills are also very important to build the team. Players should know that basketball isn’t the game they can win on their own. If there is no team effort and hours of practice, the game can be taken away very easily. Passing the ball is one of the most important skills and the player should try to master all the variations including pick & roll and bounce pass. Coaches should also try to emphasize more on these drills and try to master every player. If you are a beginner, it’s the best time for you to start practicing and get better over time.

Role of Bob & Weave in Boxing