The clock is ticking and the final countdown to the 2022 World Cup is underway. We are now anticipating the tournament commencing in a matter of days and week, as Qatar prepares to host the … 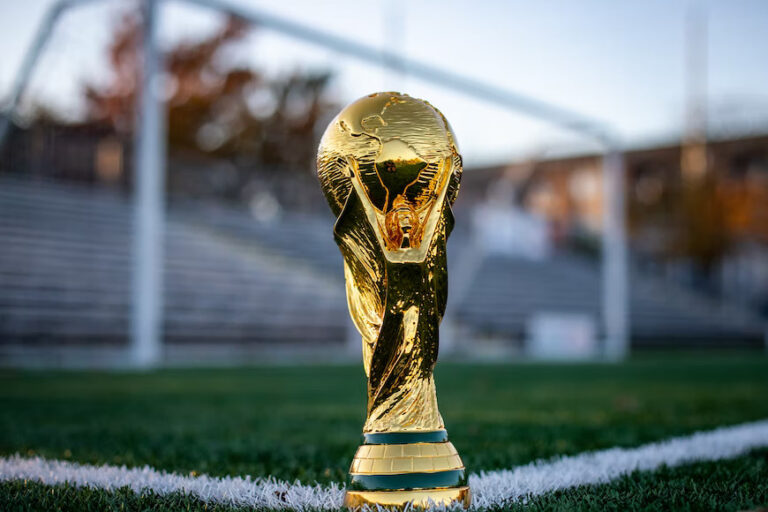 The clock is ticking and the final countdown to the 2022 World Cup is underway. We are now anticipating the tournament commencing in a matter of days and week, as Qatar prepares to host the most popular sporting spectacle anywhere on the planet. But how can we make such a boastful statement about this event? Well, it’s all in the numbers that surround football, making the ‘Beautiful Game’ the most followed sport anywhere on our planet.

While people often rave about broadcasting audiences for the Super Bowl each year, the primary appeal of American Football is firmly rooted in the United States, given that worldwide viewing figures are typically a very small fraction of the overall total. Indeed, it’s the other football that enraptures more people on a global basis, the one called ‘soccer’ by most Americans.

In May of this year, FIFA president Gianni Infantino made some lofty calculations for the upcoming World Cup, whilst discussing the 2022 tournament at the World Economic Forum in Davos, Switzerland. According to the Reuters news agency, the FIFA boss believes an audience projected at 5 billion is entirely realistic, throughout the duration of 2022 World Cup in Qatar, scheduled to be held between 20 November and 18 December.

The 2018 World Cup held in Russia was a record-breaking event, registering an audience of 3.5 billion viewers, underlining the global appetite for football and the flagship competition. Estimating an audience of around 5 billion for the 2022 World Cup may seem ambitious, yet access to football broadcasts has become increasingly widespread in recent years, underpinning the expectations of Infantino and the tournament itself.

While many billions of eager fans will be tuning in as the action gets underway, international bookmakers are also expecting bumper wagering participation. As the favourites to win the 2022 World Cup, the national team of Brazil will enjoy plenty of backing from excited punters in their home country. In fact, iGaming site Yogonet recently reported that in Brazil alone, football betting expenditure is expected to reach almost $4 billion dollars.

Considering these are numbers for just one country, we can only guess that on a global basis, wagering on the tournament could potentially generate revenues in the hundreds of billions, although for those of us placing bets it will be important to do so wisely. As one of the most reliable sources of betting advice and information, SBO has published the ultimate World Cup betting guide. This provides in-depth betting site reviews, highlighting where the most competitive odds and best promotions can be found.

We can be certain that throughout the 2022 World Cup, online betting companies will be battling to attract custom, ensuring that punters will have no shortage of options available throughout the tournament. For this reason alone, comparing what each bookmaker can offer is worth the time an effort, which makes finding trustworthy reviews and honest appraisals all the more important.

The Most Lucrative Sport

Pondering the kind of numbers already mentioned, the Soccer – Statistics & Facts page at Statista certainly makes for interesting reading, highlighting numerous important pieces of data which are backed by reliable sources and research. Simply put, there is no sport quite like football in terms of revenue generation on a global basis. The 2018 World Cup in Russia generated international revenue of more than $4.6 billion USD, for that one single year.

Typical annual revenues generated by FIFA are close to $1 billion USD, although due to the huge sense of excitement ahead of the 2022 World Cup in Qatar, this tournament could smash all previous revenue records for the game’s governing body. Some estimates project that for TV and streaming broadcast rights alone, FIFA could be set for a windfall of around $3 billion USD, before even factoring in other sources of income such as merchandising.

Coverage of the 2022 World Cup will be unprecedented, with live broadcasts agreed in more than 140 territories around the globe. This could push overall revenues expected by FIFA to numbers in excess of $6.5 billion USD. This is clear evidence that insofar as appeal and interest goes, football remains by far the most followed and watched sport in the world, bar none, along with being the most lucrative by a continuously growing margin.